We recently published a blog listing the AI research projects we’ve most excited about in 2020 and have been blown away by all the interest in the article!

So much so that we’ve decided to write an article on the audio AI research projects we think you should know about.

Who knew a cough could contain so much critical information?!

Cough Against Covid is an Artificial Intelligence (AI) tool that analyses the sound of peoples’ coughs, along with information about their symptoms, and other contextual information, to screen for possible COVID-19 infection.

The process simply requires your phone and can be used by people to self-screen.

This means it will have the most impact in reducing the burden on healthcare systems by saving more intrusive tests for the most likely cases. The project has been organised by  not-for-profit, AI-for-social-good research institute supported by the Bill and Melinda Gates Foundation and working in collaboration with Stanford University.

The data has been crowdsourced through recordings being uploaded to social media using the #Coughagainstcovid hashtag and all data, after its been anonymised, will be made globally accessible for further research collaboration.

The researchers have stated that ‘We do not yet know if this is technically feasible. But we know it is not impossible. The only real way to know is to try’.

AI Audio research doesn’t have to just be confined to the human voice.

The Audio Moth Pro in California is a great example of the impact it can have on protecting animal species.

Previously, the numbers of bird species have only been able to be recorded twice a year. But this small piece of hardware created by a team at the University of California is enabling wildlife surveyors to constantly monitor the levels of wildlife and dramatically improve the recognition of bird calls. These recording devices have been placed across bird habitats all across Sonoma County. The devices automatically wake up every 10 minutes and record one minute of sound, over two week periods.

Each AudioMoth records around 2,000 minutes of data and the team have gathered over 8,000 hours of data from over 600 locations – which is many terrabytes of data!

Already, the Audiomoth devices have been used by conservationists in the UK, groups that seek out illegal hunting and logging in South America and in the search for thought to be extinct bats in Cuba.

Members of the team have also said that if they can get past some modelling issues then there is the potential to expand the use of Audiomoths to help record many more animal species – exciting stuff!

Tiltbot is a project that is pushing the boundaries of robot hearing. A group of researchers at the Robotics Institute at Carnegie Mellon University have put together the first large-scale dataset of robot interactions to sound, involving the simultaneous recording of video and audio of robots interacting with 60 common objects.

The name ‘Tilt-Bot’ refers to the system that collects the audio and video data – a square tray connected to a robotic arm, which recorded objects including toy blocks, hand tools, apples, shoes and tennis balls.

The initial results were so impressive that the researchers are now exploring other options, such as equipping robots with instrumented canes which will enable them to identify objects by tapping on them.

The most exciting development highlighted by the research team is that the robot’s recognition aligns with their expectations about object recognition, in that the system was unable to differentiate between different colours of object, but could sense the difference between different object shapes, due to the sound they made when moved across the Tilt-bot surface.

We’ve all heard the artificial voice overs that have been around for decades and are all over YouTube grating our ears!

Thankfully a team out of University of California-Berkeley have developed a platform called Lovo which the team say “recreate a human voice with emotion and tone gradations which make either cloned or synthesized voices sound very realistic.”

Mind blowingly, the team have also said “cloned voices are practically indistinguishable from the original voice” and they are able to offer over 50 voice types. The simple and intuitive user interface they’ve built also ensures that anyone can add highly realistic voice overs for their projects, whether they are personal or commercial.

Tom Lee, Lovo’s co-founder has described Lovo as “Imagine a combination of Canva and Photoshop but for audio” – Wow!

Artificial intelligence is helping to tackle a lot of the world’s biggest issues, but loneliness is complex and a major health concern that has no obvious solutions.

Meet Mabu, a doll-sized robot, who can engage in sophisticated and tailored conversations according to the patients’ unique circumstances. Mabu really is a comprehensive care assistant and can check in on pensioners’ wellbeing, can monitor whether or not their patients have taken their medicine and even suggest if the weather’s good enough for the patient to go for a walk.

We don’t know about you, but we love the idea of Mabu’s helping to protect elderly and vulnerable people around the world and are excited to see how this little robot will develop over the next few years!

Are there any exciting projects we’ve missed?

Let us know in the comments below. 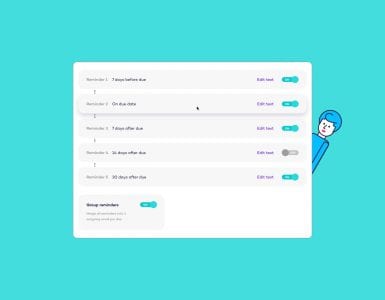 Invoicing and dealing with late payments is a monthly reality for everyone working for themselves. 55% of freelancers have done work they haven’t been paid for and the average late invoice is paid two and a half weeks after its due date!  Chasing an... 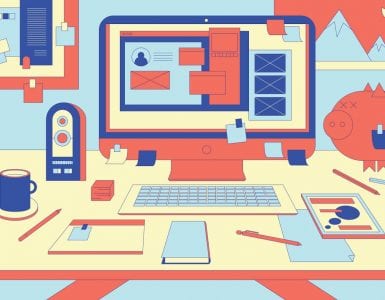