How to start a successful Kickstarter Campaign

But why do they fail? I hear you ask. It’s because not everybody realises just how much work you need to put into your Kickstarter campaign to make it successful. Even if your idea is the bees knees, it’s not going to get noticed without an all-singing-all-dancing crowdfunding campaign. Luckily for you, we’ve put this guide to posting a Kickstarter campaign. Read this before you do anything else.

How does Kickstarter work? You’re the creator – the person behind the campaign. Backers are people who pledge money to help bring your project to life.  As the campaign creator, you make a Kickstarter Campaign page which explains your project and your mission. It’s up to you to share this page and get as many backers as you can.

Each Kickstarter campaign has a funding goal that’s set in stone. It’s an all or nothing situation – if you don’t reach your target you don’t get a penny. So set your goal to be an amount you feel you can actually achieve.

Don’t just pluck a figure out of the air. Backers like transparency and they’ll smell a rat if you ask for more money than you need. Clearly plan what your budget needs to be. Take into account any manufacturing, labour, and shipping costs, plus an amount that you’d like to be paid (it is your time they’re paying for after all). There’s a finite amount of time for you to achieve all this in, too. Your campaign can be set to run from 1 – 60 days, it’s your choice.

However, your timeframe could make or break your campaign. Projects lasting 30 days or less have the highest success rate on Kickstarter. Generally, campaigns have lots of momentum at the beginning and very end. If your campaign is too long you might have a stagnant middle period that kills it.

To encourage more backers, you need to offer rewards. When a backer pledges a certain amount, they get a reward. These are one-off prizes, limited editions or experiences. They vary from campaign to campaign, but they need to offer a genuine incentive and are always related to the project.

The more money a backer pledges, the more exclusive the reward should be. For example, if you’re crowdfunding for a film, a basic reward could be tickets to the premiere. A more exclusive reward for a larger pledge could be a meet-and-greet with the director.

Rewards are limited in number too, with the more expensive rewards being rarer. For example, there may only be one meet-and-greet reward to give away, but 100 pairs of tickets for the screening.

Don’t place rewards out of backers’ reach. Kickstarter shows the most popular pledge amount is $25, so make sure you have plenty of rewards around this price point. Vary your rewards to suit every budget.

How much does it cost to start a Kickstarter Campaign?

Bear in mind Kickstarter will charge a 5% commission fee from the funds that you raise.

Don’t rush your crowdfunding campaign. There’s lots to take into consideration if you want to give it your best shot.

Kickstarter campaign pages with a video are much more likely to succeed than those without, so we’d say it’s pretty important for you to have one. Obviously, creating a killer video takes time, so get this prepared long before your launch. Thankfully, Kickstarter offer some basic video guidelines on their site:

Your video will be the first thing backers see when they visit your page, so it needs to look good. A poor quality or unprofessional video could really jeopardise your chances of success.

A screenshot from your video will be your campaign page cover image. It’ll be shown all over the Kickstarter site (in search results, featured pages etc) so it’s important to choose a good one. Choose a screenshot that shows off your project and catches people’s eyes. You’ll be competing against hundreds of other campaigns, so make sure yours stands out.

Your Kickstarter campaign page is your one shot at selling your project to backers. If you don’t capture their attention you’ve lost their money. Don’t rush it – think about how to tell your story, and how you’ll draw backers’ attention down the page. The way you lay out your content here is crucial.

You should use a variety of media to get your message across, not just paragraphs of text. Large blocks of dense text will send backers to sleep. Think about using graphics, photos, gifs, video clips, infographics, data and charts. Anything to break it up and make it more interesting. Check out how Elodie use a mix of product photography, graphics and video to bring their page to life.

For more information, we wrote this article on what graphics to include in your crowdfunding campaign.

So you’re an independent-trader hand-making felt slippers from your garden shed. So far, so dull. What’s the real story behind your product that will get backers interested? Is the felt you use fair trade and hand-woven by Peruvian farmer’s wives? Were you inspired to start making slippers after your favourite brand was discontinued? Is it a family tradition dating back decades? Tell the story behind what you’re doing and why – this will draw people in and help stir passion for your project.

Hit them with the FOMO. Why do they need to back your project right now? There’s nothing like creating a sense of urgency to bring in more donations.

Communicate with your backers

You wouldn’t donate money to a product you weren’t excited about. So, let your backers know why you and your project is so great. Why are you the right person to see this project through? Backers need to have confidence in creators, after all they want to buy the thing they’re funding.

Be transparent. Explain the project scope, how you’ll achieve your goal and what exactly you plan to do with their money. After the Kickstarter Campaign launch

Once your Kickstarter campaign is live, don’t sit back and relax. There’s still plenty of work do be done to ensure you reach your funding goal.

Once backers have pledged, don’t just forget about them. They’re part of your team now and expect regular updates on how things are going.

On Kickstarter, you can choose to make a public update or a private update that only backers will see. Either way, an email will get sent to all of your backers. Backers want to feel included in the process once they’ve pledged. You should let them know about any milestones you’ve hit and how progress is going. Think about sharing ‘exclusive content’ with your backers in the form of photos or videos.

Use every update as a tool to ask your backers to share your project. They’ve now got a vested interest in the project succeeding, so remind them that sharing your campaign will help you reach your funding goal. Getting backers for your Kickstarter Campaign

Now you’ve launched your Kickstarter campaign, you need to work hard to get backers. There’s no magic wand you can wave to make this happen. It’s all down to pure, hard grafting, so buckle up and get down to it. For more information, read our guide on how to find backers. 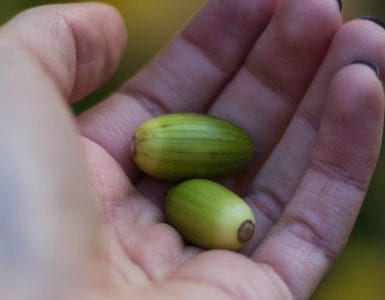 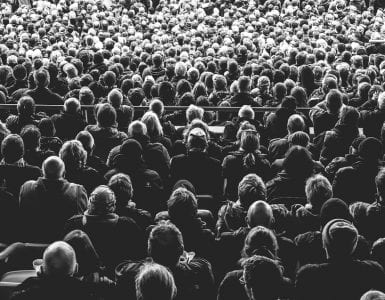 13 Web Technologies Every Web Developer Should Know About

Rethinking Online Collaboration: Here’s How You Can Involve Everyone