Why Fashion Marketing’s All About the Stylist – Not the Photographer

Last week, we were lucky enough to chat with Dale Hicks and Hannah Davies from the Fashion Network about the past present and future of fashion marketing.

In years gone by, Dale and Hannah tell us, fashion marketing was all about the perfect shot. The right composition could revolutionise fashion and in the 1950s and 60s models like Twiggy became household names. Fashion photography established itself as an art form but also – perhaps most importantly – an exclusive one. Not everyone had access to a camera (or the studios, lighting or elephants needed to capture the most lavish of shots). Furthermore, fashion wasn’t even necessarily meant to be attainable. Only with the growing commercialism of the 80s did this change: “Fashion was starting to have a broader appeal as Europe and America’s burgeoning middle class took more of an interest in what they wore.”

In 2016, the changes have been even more dramatic. Nearly everyone has a camera in their pockets and glossy magazine pages have been replaced by a scrolling Instagram feed. Hannah reckons that the end result is that fashion photography has lost its allure. Instead the focus has shifted to stylists: “It used to be about the composition of the shot, and now it’s about whether the styling is right. It’s little details like the difference between having your shirt tucked in or not.” On top of that, she tells us, with a booming cosmetics industry in the background, people care more about what makeup models are using on the catwalk than the clothes they’re wearing. And for that, they look to the stylist. Perhaps tellingly, Hannah points out, Katy England, the stylist and director behind big names including Kate Moss, Alexander McQueen and Tom Ford, has more Instagram followers than many top level fashion photographers (if you’re not convinced see Yelena Yemchuk’s and Michal Pudelka’s accounts.)

Dale says that it can be difficult to find the balance between aspirational and mass market in fashion marketing. The glamorous fashion photography of old was aspirational (if not beyond this), but in an age of rampant commercialism, people want to own the things they see. Equally though, they don’t want to look the same as everyone else. The right styling can strike the balance between these often opposing goals and make a garment look unique. Indeed, Hannah believes that the aim is now “mass market bespoke” – fashion marketing and styling that appeals to the wider market whilst promoting individuality. A focus on styling is, naturally, also great for the industry itself. Just look to ASOS for tips – they don’t just show you the jacket you’re looking at, they show you a whole outfit of which that jacket is just one element. If you want that look, you’re going to need to buy more clothes.

Hannah also says that although it’s hard to make a name for yourself as a stylist, it’s “easier than ever to get started”. Stylists use blogging to reach a mass audience, and although you’ve got to really grind to become successful, the sheer volume of style blogs shows the degree of interest. A good photo, is of course, a plus – no one wants to look at blurry, poorly lit photos. But bloggers will also often handle their own photography, removing the photographer from the picture (excuse the pun) altogether. You don’t need a top of the range camera to get a photo for your Instagram feed after all. Technology has democratised fashion in a way that even 20 years ago it would have been difficult to predict.

As Hannah states, styling work is now incredibly diverse. She points out there’s everything from stylists for a mannequin (the most basic type, which often involves just making sure the sleeves are lined up), all the way to those who work on full fashion shoots. In fact, it’s so important to the industry and marketing nowadays, Hannah says that “styling” doesn’t really cover it. “Really,” she says, “it should be called visual merchandising.” 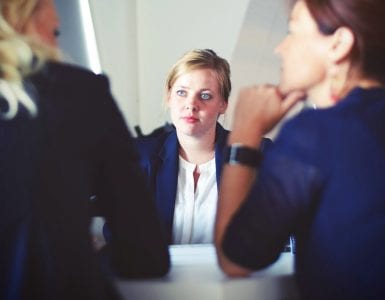 Meeting New Clients Everybody who is anybody will have mixed feelings about meetings, let alone meeting new clients. To some, meetings are a great way to take some time off from your morning schedule to sit back, relax and let people chat facts and...

Animator of the Week: Lady of Mae

Lady of Mae is a 2D animator and illustrator from Georgia, USA. She loves video games and webcomics. Her main focus in art is character-centric visual storytelling.

Thom Hoffman: Filmmaker of the Week