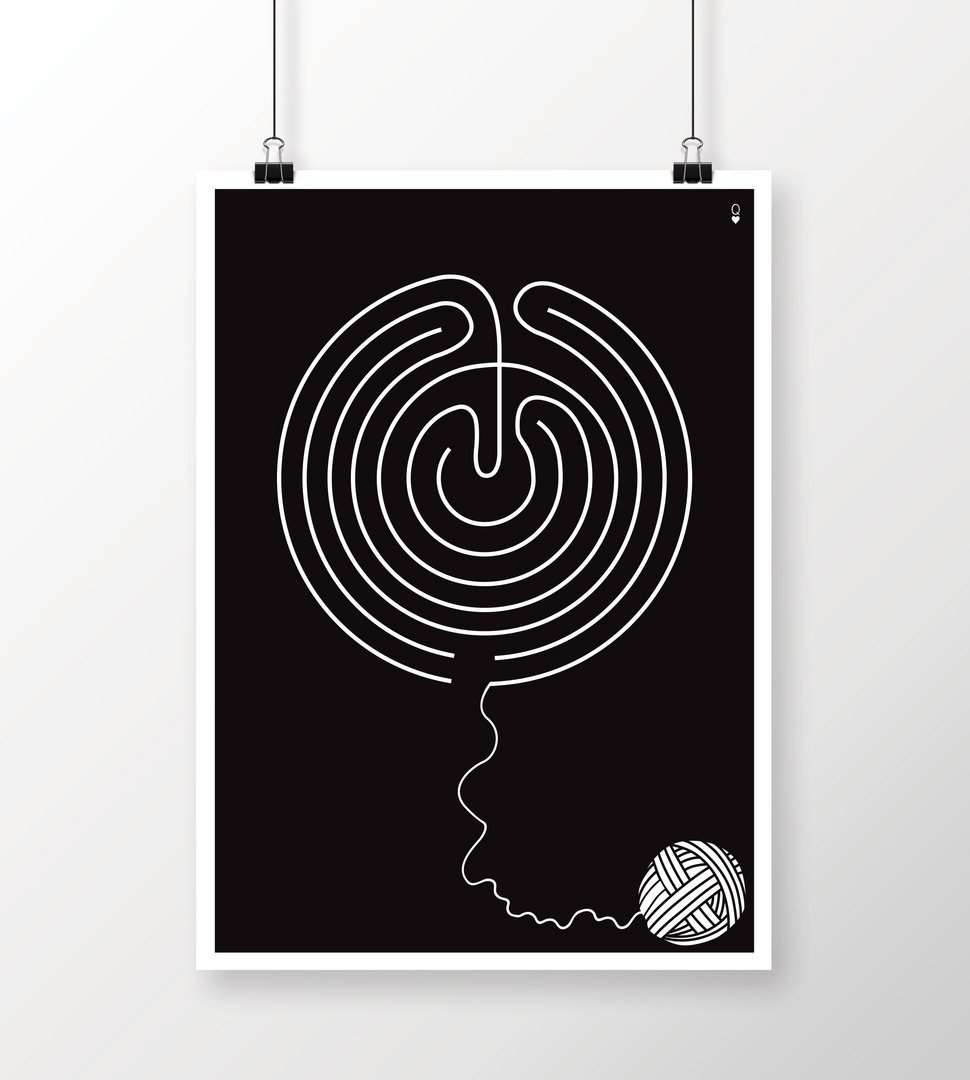 Published by Kiki Patrali 2 years ago

My submission for the poster exhibition. "Our life hangs from a thin thread" (Από λεπτού μίτου το ζην ηρτήσθαι) The poster refers to Ariadne's "mitus" and the Labyrinth that Daedalus had built after King Minos command, in order to imprison the Minotaur. When Theseus arrived in Crete as a sacrifice in the Minotaur χε met Ariadne and won her favor. According to myth, they fell in love, and Ariadne made him promise to take her in Athens with him. Then she gave him the following trick, with the help of Daedalus: she gave him a tangle of thread to tie at the entrance of the labyrinth in order to be able to find the exit again after killing the Minotaur. And so it happened. On his flight from Crete, Theseus took Ariadne with him, while Daidalos was punished by King Minos. He was prisoned in the labyrinth, because he helped Ariadne and Theseus. But he had made him so elaborate and complex that he could not find the exit ... #image #graphicdesign #illustration #poster #crete #labyrinth #minotaur #minos #kingminos #ariadne #theuseus #cretan #dedalus #adobeillustrator