Crowdfunding Social Media: How to manage your campaigns

So you’ve got your crowdfunding video, and your campaign graphics are ready to go.

But don’t hit that launch button just yet. It’s time to plan out your promotion tactics. And what does that include? Everyone’s good old friend, social media. You’re going to be needing to use all the tools at your disposal.

Feeling overwhelmed? Don’t worry, in this article we’re going to tell you how to make your crowdfunding social media campaigns the best they can possibly be. Let’s get started.

1. Plan which social networks to target

Not all social media networks are created equal. And this is especially true for crowdfunding social media campaigns. You need to plan ahead and select which social networks are best suited for reaching your target market. If you try to launch your campaigns everywhere, you’ll end up spreading yourself too thin.

For most crowdfunding campaigns, Facebook and Twitter are safe bets, as it’s easy to reach a wide audience. In terms of other networks, your crowdfunding social media networks will depend on your business. For example, if you’re launching a fashion startup, Instagram and Pinterest are likely to be your best bets. On the other hand, LinkedIn might be the best place for a product targeting businesses.

This will also depend on your following beforehand. If you’ve got an active Facebook page with engaged users, obviously use that to its full potential. If you’ve got thousands of Tumblr followers, do the same. This brings me on to my next point…

As with all parts of your campaign, the real secret behind effective crowdfunding social media is careful planning. That means you shouldn’t just throw up a Twitter account half an hour after your campaign goes live. Promotion should never be an afterthought in crowdfunding. Many a strong campaign has failed simply because people don’t know it exists. People aren’t going to spend hours browsing through Kickstarter or Indiegogo to find you.

So hold off on the campaign until you’ve spent some time building up a presence on your chosen networks. Depending on what you’re crowdfunding for, this might just be a case of working on your existing business accounts OR it might mean setting up new pages for your campaign. If you do opt for the latter, try and keep the handle the same across all the pages so that you’re easy to find and follow.

Having well-established social media pages gives you a leg-up towards reaching your goal. But it also gives you a chance to test what works before the big day. By running analytics on your pages, you can see what content your audience responds to the most. When your campaign actually launches, you can use that data to create the most engaging posts possible.

A big no-no is solely promoting the startup crowdfunding campaign of your personal pages. Although the majority of your initial funding will probably come from friends, family, and current followers, you will ultimately need the support of strangers too. Dedicated pages are a must (although of course, it’s perfectly okay to keep friends and family updated on Facebook for a more personal touch!)

You know what no one trusts? Default, anonymous images on social networks. You need to make sure you’ve got some well-designed graphics and/or photos to use across your pages.

The great thing is, this is a point where recycling is very much encouraged. If you’ve had custom graphics designed for your actual crowdfunding page, you’ll probably be able to reuse them on your social media pages too. Of course, make sure they’re the right size and resolution so they don’t come out really blurry first.

It’s a good idea to discuss different file sizes and types with your graphic designer to make sure your graphics will be reusable across a range of places.

If you’ve done the above, you should aim to create a buzz before the campaign launches. Follow these steps to really get some excitement flowing.

If you have a loyal and engaged following, you can tease the campaign a few weeks before launch to get people excited. This normally means revealing the campaign in stages.

For example, first, just share the launch date to create some mystery. Next, tell people about the campaign, revealing the full details over a few days. Finally, share the types of rewards you’ll be offering backers. The sense of anticipation will drive traffic to your pages. These social media posts are the teaser trailer to your crowdfunding campaign.

If you’re using Twitter this period is the time to start deploying your dedicated campaign hashtag. “What dedicated hashtag”, you might be asking? This is again where planning is key. Know how you’re going to run your campaign. This involves selecting choosing slogans and hashtags that you can use to market your campaign.

This is also the point you should be sending out emails to your mailing list and contacting journalists to let them know about your campaign. If you can gain traction before your campaign even goes live, half your job is already done. Remember that if you can raise 30% of your funding in the first few days of a crowdfunding campaign your chances of success will soar through the roof.

Of course, just because you’ve built up a buzz doesn’t mean you can slam the brakes on once your campaign goes live. Your crowdfunding social media campaign needs to maintain momentum. Here are some top tips for what, when, and how to post over the course of your fundraising:

You’ll probably already be refreshing your campaign page at all hours of the day, so avoid doing that with your social media pages as well. Use tools like Hootsuite and Buffer to schedule posts ahead of time, so you build a social media calendar and don’t have to be worrying about your next post.

That said, we wouldn’t necessarily recommend scheduling posts for the whole campaign ahead of time. This is because you can’t predict what’s going to happen over the 30 days or so it’ll be running. You don’t know when certain milestones will be hit, or if at some point you’re going to have to set stretch goals because you hit your target early.

The most you should have scheduled at one point is probably about a week’s worth of content. This also means you can adapt the next week’s content depending on how well certain posts did the week before.

And naturally, don’t rest on your laurels. You shouldn’t be in a constant state of panic about your next tweet, but equally, you do need to be actively monitoring your pages. Be prepared to post unscheduled campaign updates when necessary. You should also be checking how people are reacting to your post (which brings me to my next point…)

Social media is just that: social. Don’t just shout your message to the masses, demanding they donate money to your campaign. Take the time to read messages and comments and respond to them. Crowdfunding means engaging with the crowd, not just mindlessly taking their money.

Similarly, it’s a good idea to launch things like competitions. Facebook is great for this. Set up a competition where followers who share a certain post have a chance to win a limited-edition reward.

Another possible reward is an upgrade to their pledge – the winner receives the prize in the rewards tier above what they initially selected. Competitions engage your followers and show you’re willing to give back to the community.

This rule is commonly cited as the cardinal rule of social media marketing:

80% of your social media posts should inform, educate, and entertain your audience, while only 20% should directly promote your business.

This also applies during your crowdfunding social media campaign. Only 20% of your posts should actively ask for people to donate to your campaign. The rest should be a mixture of the following:

As we’ve already said, share campaign updates as and when is necessary. If you hit a key milestone, thank your followers. Share a promotional post if you hit your goal early, and some stretch goals (which should be planned in advance.)

Campaign updates will often end up being part of the self-promotional 20%. This is because they’re the perfect opportunity to make a push for donations, especially in the last few days of your crowdfunding campaign.

6. After the campaign ends

Don’t let your pages go dead after the campaign. Whether you’re successful or not, take the time to thank your backers for their donations.

If you are successful, don’t waste your carefully built crowdfunding social media pages. Continue to use them to give people updates, and also to market your product more widely in the event you do a full public launch.

Want a complete checklist of everything you’ll need to launch your crowdfunding campaign? Get it here. 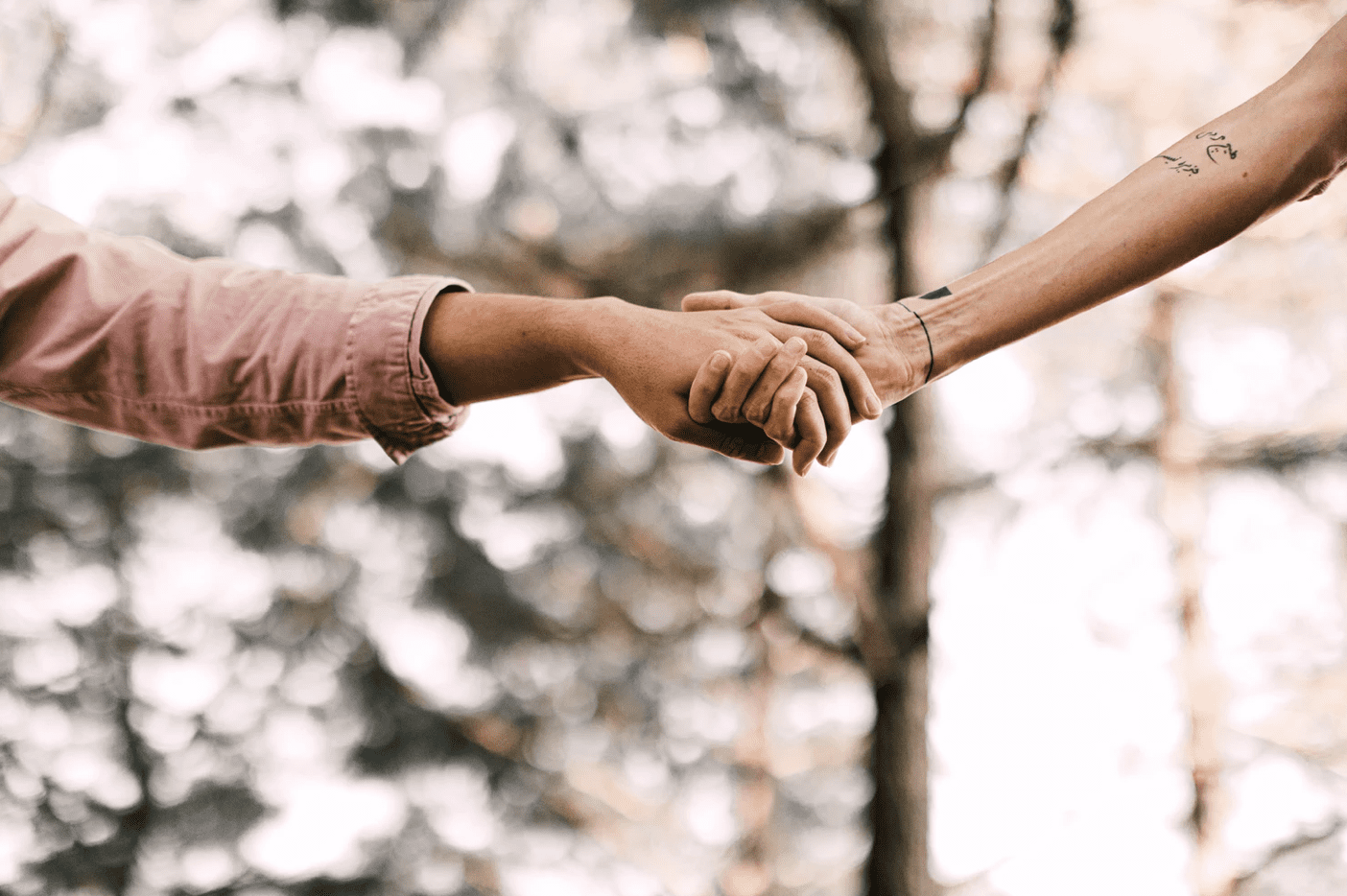 The Best POS System Software of 2022