Startup investment: What is a VC?

Startup investment is hard. Before you even start approaching investors, you need to know what sort of investment is right for you. You’ve probably heard of VCs but might be at a bit of a loss about what they can do for you. That’s why we’ve put together this article. It’ll tell you everything you need to know about VCs, and answer some of your most burning questions. Questions like: What is a VC? How do I find the right VC for me? When’s the right time for a startup to approach a VC?

A VC is a venture capitalist. In the simplest terms they’re investors. They invest in ventures, i.e startups and other new businesses. It’s different to angel investing in that this type of funding comes from firms and funds – not individuals. Because they’re bigger, you can potentially get a much larger investment from a VC firm than from an angel.

Venture capital firms typically invest in upcoming industries, like tech. In return they get equity or shares in the company. The ultimate goal for VCs is that a startup will grow to the point that they get a high ROI (return on investment). They’ll help the business scale to a point where they can make a profitable exit. For instance, if the business goes public, the VCs will probably cash out their shares during the IPO. Obviously, in an ideal situation, they’ll end up getting a lot more money back than they originally put in. For startups, VCs are a key source of investment because they won’t have access to capital markets and are often deemed too high risk for traditional business loans. For VCs, risk is part and parcel of their business model. They invest in lots of companies over a 3-5 year period, with the hope that some will have significant returns over 10 years. This means that even if some investments fail, they’ll make substantial returns on other startup investments.

How do venture capital firms work?

It might sound strange, but VCs have to fundraise too. The money they invest in business isn’t plucked out of thin air. They raise this money from places like funds and foundations, as well as rich individuals who want their investments handled for them.

The partners (i.e the top dogs at the firm) might also invest a bit of their own money into the fund, but this will be a small amount. As well as raising money, the partners are also responsible for higher level decision-making – e.g researching upcoming industries, networking and representing the firm at events. You’re unlikely to be in contact with a partner until the end stages of your deal, where they’ll give the final green light.

Lower down in the firm there’ll be associates and analysts. Associates are the ones who handle the day-to-day deal making – e.g finding potential investments and meeting promising startups. You’ll have to impress them if you want investment, as partners will rarely get involved in a deal from the get-go.

Who does a VC invest in?

Venture capital firms will generally have an interest in a specific industry, and it will normally be one that’s currently growing. This means you should approach VCs who specialise in the industry your startup works in. This is because they’ll not only provide funding – a good VC will also provide business guidance and expertise to help your startup grow.

This ‘guidance’ can become annoying for people who want to maintain full control of their own companies. Remember that VCs will inevitably have some degree of control over your startup – they’ll have some veto powers in board meetings for instance, and you’ll have to consult them before making major business decisions. They’ll become a partner in the business, so make sure their values and vision are aligned with yours.

They’ll also be looking for rapid growth, and evidence of how your startup plans to get this. If you’re interested in slower growth, rather than rapid scaling, a VC might not be the best option for you. As we said earlier, they’re looking for a good ROI after a specific period of time, which is normally around 10 years.

But perhaps the single biggest factor for securing VC investment is a strong management team. The best idea in the world can be destroyed by terrible management, while an average one can succeed with amazing execution. It’s easier to get investment from VCs if you’ve got a history of previous success managing business. Plus you need to show you’ve got a solid team of individuals who will play crucial roles in your startup’s development.

When’s the right time to seek investment from a VC?

VCs aren’t always a good option for early stage startups, and are better suited to later rounds. For your seed round for instance, you’ll probably be focusing more on attracting angel investors.

However, some firms do specialise in earlier rounds and might provide seed funding or Series A funding. It’s later rounds where they really matter though, as that’s where big VC firms are likely to play a massive part. This is because they’re looking to invest big amounts – think millions, rather than thousands. Early stage companies just don’t need that much money, and you’d be hard-pressed to convince anyone to give it to you.

Ready to take your first step and start pitching to a VC? Make sure your investment deck is looking its best.

This article is part of our startup investment series. You can read about the types of investors, where to find them, how to pitch, and an introduction to investment legals. Read more. 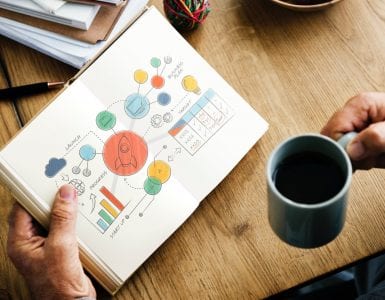 Startup investment: Everything you need to know

If you’ve ever tried to get startup investment then you’ll know that getting startup funding is really hard. It’s tough enough getting hold of investors, then you’ve got to know your figures and have a killer product or service, convince those... 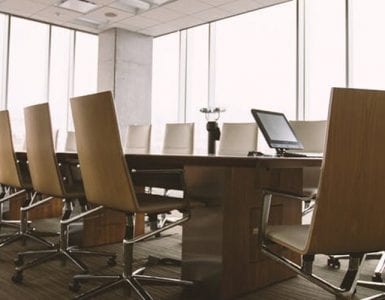 So you've finally managed to bag yourself that all-important meeting with an investor. Well done! Everyone knows it's super difficult to get your foot in the door. But, don't get cosy just yet. Now the real hard work begins - figuring out pitching... 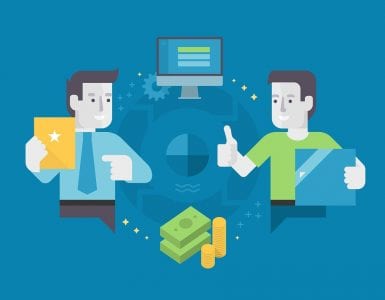 Startup Pitches: The 20 best of all time

Do you need to hire a presenter or presentation designer? Click here to post up a job and top quality freelancers will contact you with their rates. The Best Startup Pitches Startup Pitches ain't easy. Even the most confident startup founder gets...

Rethinking Online Collaboration: Here’s How You Can Involve Everyone