Learning how to write, like sleep, has never come easily to me. There’s a restlessness to it.

Perhaps, because the search for the right words is a struggle that haunts every writer—the burden of imperfect communication.

Perhaps it’s because nearly all of my writing happens in the unlikeliest of places. Sometimes, I can be lying on the ground, surrounded by wilderness, and staring into the brightness of a tiny screen.

After years in front of a screen and too little time in wild places, it was time for a change. My wife and I left behind our traditional careers for something new.

Those waking hours—spent in front of digital screens—now find us out on long-distance hiking trails across the United States. I like to think we’ve managed to conjure the landscape screensaver that once danced across my computer screen, into reality.

Mountain views you scarcely knew could even exist. Sunsets that set the sky aflame. Swollen river crossings threaten tragedy. Snow, rain, and relentless wind conspire to remind you of what life is like tiptoeing along the razor’s edge of hypothermia. The highlights, the lowlights, and every shade in between.

As much as spending time in the wilderness has taught me to be present, every journey is better when shared. That’s really what first brought me to writing at Stone and Sky. It was a desire to bring others along on adventures they might never be able to take for themselves.

The hard part? Far from a computer, a cup of coffee, and a comfy chair, writing in the wilderness requires a carefully chosen hiking partner.

On the trail, everything that I carry with me is scrutinized because everything has the power—quite literally—to weigh me down. The standard I apply is a simple one: if it’s not adding something, it’s not something I need. Anything that lacks a clear purpose is simply getting in the way.

The same could be said of any tool aimed at capturing a writer’s affections. Much like the adventures of the mythological Ulysses, learning how to write is full of its own trials and tribulations.

Technology occasionally promises to come to the rescue. Rather than receding into the background and adding focus, this achieves the opposite.

If you’re anything like me, knowing how to write is daunting enough as it is. Settling into my sleeping bag after a day of travel, powered by nothing but my (blissfully) sandaled feet, I don’t need help making the evening ritual of writing more challenging.

Quite the opposite! I need a gentle invitation to keep my eyelids open and to put into words some of what I’ve witnessed in the day. I’d flirted with writing apps in the past that promised to solve these challenges with one novel feature or another.

What made Ulysses unique was its seemingly tacit admission. The most important thing an app can do to help a writer is to remove as many obstacles (read: distractions) as possible.

In other words: provide an organized platform. This will set the stage for learning how to write and get it out of the way. In that way, Ulysses echoes perfectly the minimalism of life on the trail. Like the trail itself, its primary design aesthetic is squarely aimed at simplification. The downside? Fewer procrastination excuses.

Your first clue that things are a little different with Ulysses comes when you take a look at formatting.

A button for bold text? Italics? Underlining? Keep looking… I’ll wait. Your eyes aren’t deceiving you. Those all-too-familiar formatting touchstones are indeed missing. This is for a good, albeit simple reason: knowing how to write is not formatting.

Writing is one thing above all others: content. It is the substance of what you have to say, and not the styling of it. Its function is elevated above form. None of this is to say that formatting is unimportant. Quite the contrary.

Despite its talk distinctly separate and apart from writing, this is partly what explains Ulysses’ rejection of a WYSIWYG-style editor. (That’s What You See Is What You Get, for those who may, like me, carry a built-in allergy to such acronyms).

The problem with this familiar approach to formatting in editors such as Microsoft Word is a simple one. Second, only the writing itself is getting that writing seen by others.

In today’s world, that generally means publishing online. If you’re working in a WYSIWYG-style editor, it’s anyone’s guess whether the formatting you’ve labored over will actually render the way you expect.

The odds? It won’t. The solution? Markdown.

If you’re coming from a traditional WYSIWYG-style editor, the difference is immediately noticeable. Familiar formatting that was previously achieved, via buttons and keyboard shortcuts, is now handled via a simple syntax that anyone can learn.

At its core, Markdown is nothing more than an unobtrusive plain text syntax. It makes use of special characters—placed in-line—to apply formatting without polluting the text itself.

The best part of Markdown is that it is designed to ensure formatting will be rendered when the text is published to HTML. Gone are the days of worrying about what everything will look like when it actually goes live…

In the precious little time I have during multi-week hikes, worrying about how things look after publishing is far down my list of priorities.

Making use of Markdown means thinking less about formatting and more about learning how to write. That focus is precisely aligned with the entire ethos of Ulysses: to streamline the writing environment as much as possible, providing only the critical tools needed by every writer in a distraction-free interface. No more, no less.

Got images? No problem. Handling them is a breeze with Ulysses’native support both for inserting them and adding all the image meta needed to keep your articles SEO-friendly and climbing the charts of Google search rankings.

The Power of Shortcuts

The way I select gear for adventures that span hundreds or even thousands of miles begins how you might expect: by reading the tag. Weight. Material. Design. The basics.

It’s only after passing that simple scrutiny does my experience begin to inform more important questions, like, ‘what can this do that the designers didn’t envision?’

It’s a great mental exercise to tilt my mind towards using gear in unexpected ways when circumstances demand innovative thinking. I look at apps through the same lens, theApp Store description being merely the opening bid of knowing how to write.

Ulysses is no exception. Features like Markdown support, iCloud sync, a grammar & style checker, and direct publishing to platforms like WordPress, Ghost, Medium, and Micro.blog might have brought me in, but its support for one other feature is what keeps me coming back: shortcuts.

Like a key opening the mysterious door of possibility, shortcuts are the road to exploring enhanced functionality that app developers either haven’t added yet or, perhaps, haven’t even dreamt of yet.

It takes both confidence and foresight for a developer to support shortcuts so that their users can meet the demands of their specific workflow, and the team at Ulysses has both. Saying that I’m a frequent user of shortcuts would be an understatement. The bigger question is: why aren’t you? Consider that an invitation to turn the key and start exploring the possibilities.

It’s a seemingly odd thing to say about a piece of technology, but Ulysses has been there for some of my life’s most memorable occasions. Chronicling the completion of anything—a 25-year journey to become an Adirondack 46er, or joining a club even smaller than that of space travelers upon finishing the Triple Crown of backpacking—is no small feat.

But if there’s one thing I’ve learned from spending so much time away from the comforts of civilization, it’s that when you find something that truly works, the burden of learning how to write isn’t a heavy one.

As true of my backpack as it is of the one single tool I rely on to meet the most difficult challenge of all: neither heat nor cold, neither bugs nor blisters, but the challenge of reflecting on and answering a simple question: why? What did all the miles that you just watched pass beneath your feet mean?

I may need another long walk to ponder the answer, but I’ll be bringing the weightlessness of Ulysses along for the ride.

Ready to get hired? At Twine, we have dozens of top-quality jobs being posted each and every day. From design to marketing, development to copywriting – there’s a job ready for your skills. Join the marketplace of diverse creative talent here.

Jeff Brownscheidle has his dad to thank for his love of wilderness adventure. Long before he was an engineer, a boyhood fascination with the world that exists where roads end and trails begin had taken root. Better known as “Mountain Man” among hiking circles, he has completed over 10,000 miles of long-distance hiking on some of America’s greatest trails, all with a pair of his beloved Chacos underfoot. When he’s not on the trail chronicling his adventures for StoneAndSky.net, he consults aspiring thru-hikers on how to make the most of their own time on trail.

Small business owners must get paid, and they should know where the money is coming from. This is why they need to learn how to number professional invoices correctly. Without them, it's easy to lose a new invoice in a mountain of old invoices...

9 Ecommerce Finance Mistakes and How to Avoid Them

Nobody said running an ecommerce business is easy. It takes a serious amount of grind. But some ecommerce businesses give themselves extra work to do by making basic ecommerce finance mistakes. How you handle your finances can make or break your... 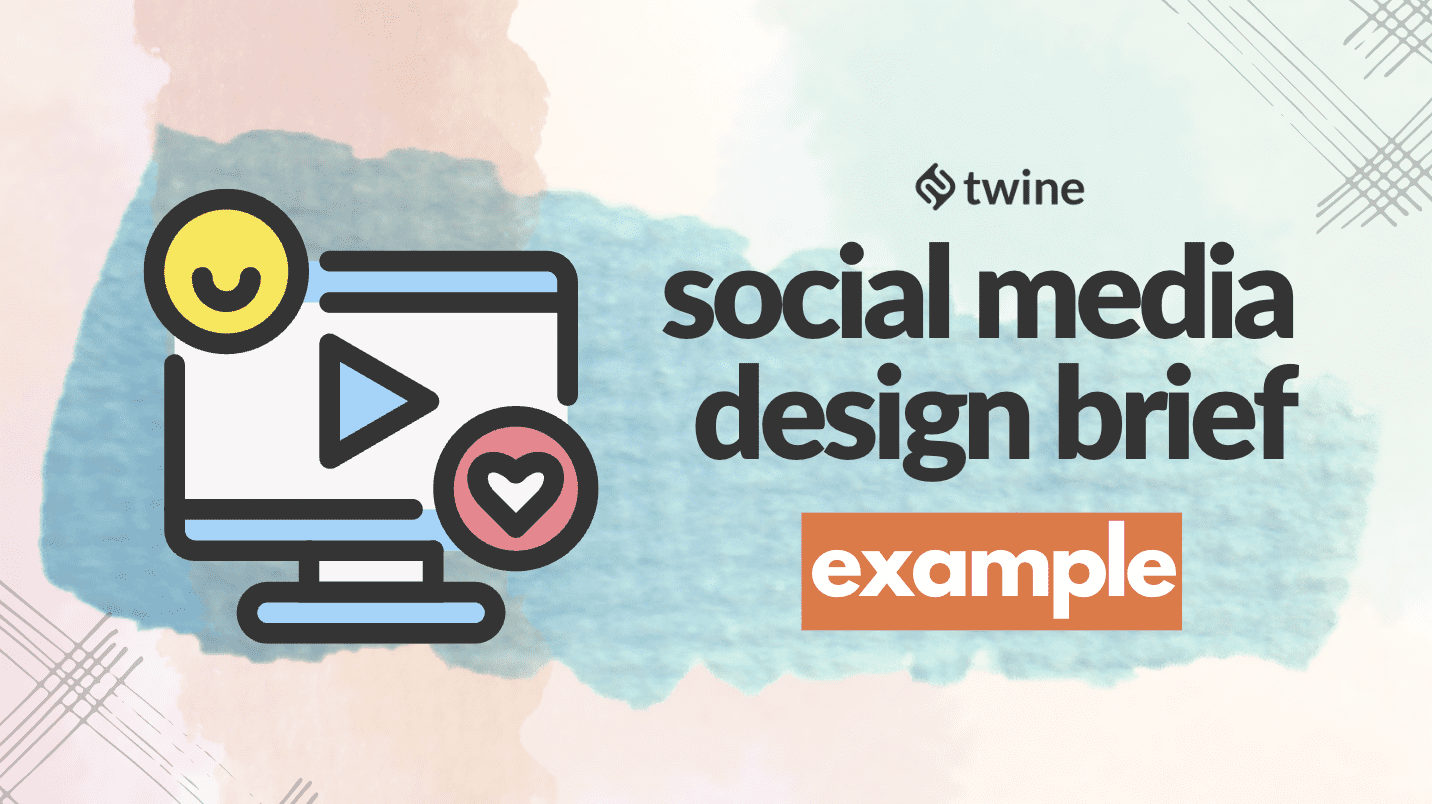 Are you looking to hire a Social Media Content Designer? Visit our freelance marketplace to post up a job, and have top-quality designers contact you with their rates. What is a social media design project brief? How do I construct a social media...