Top Dollar: Setting a budget for your logo

“How much will it cost?” It’s the burning question on everyone’s lips when they need a new logo. Unfortunately, setting a budget for your logo design isn’t as simple as it might seem. There’s no one size fits all solution.

A lot of new clients are often surprised when they find out how much logo design actually costs. There’s a widely-held misconception that design should be cheap and quick. Why does a little picture cost so much? Except, your logo is not just a little picture, it’s a representation of your business and everything you stand for. So it needs to be well thought out, well researched and expertly crafted in order to do its job.

Your logo is the first thing your customers will see when they come into contact with your business, and first impressions matter. The human brain subconsciously makes judgements based on colour, fonts and shapes, so you need to make sure your logo is saying the right things about you. Only a trained professional can expertly craft the right logo for you, and that’s where budgets start to spiral.

Yes, your friend’s daughter’s brother-in-law who has a pirated copy of Photoshop can whip you up a logo in an hour for $30, but is it really going to be right for you? Anything that can be produced that quickly is probably unoriginal and has had no real thought put into it. What does that say about your business? There’s an old adage – pay cheap buy twice, and in this case, you’ll definitely be looking for a replacement logo in a few years time.

Here’s an analogy – which of these Twitter accounts would you buy something from?

Both are businesses selling flowers, they have the same name and description. Yet, the one on the left is clearly the one you’d go to for a beautiful bouquet. There’s one important factor that your logo is responsible for – trust. Your logo should convince a new customer that “I’m brilliant at doing whatever it is I do”. We don’t trust the Twitter default egg avatar. It just doesn’t look legit. It’s amazing what a bit of good branding can do to sway our decision. In reality, there’s a good chance you’d get an excellent bunch of flowers from either of these establishments. The old saying tells us to never judge a book by its cover, but unfortunately, this isn’t the case when it comes to logos.

So, what price do you pay for something that’s going to represent your brand, advertise your business, build trust and reputation and bring in new customers? Already this is sounding like something that’s pretty crucial to your business, and you’d be right. Not just a little picture anymore. You’re beginning to see why a professional is necessary and why top logo designers can charge so much.

But, all they do is draw a logo, so how can it cost that much? Actually, it’s a lot more complicated than just drawing you a logo. Every designer is different, but here’s a rough outline of a typical process from concept to completion:

Research: The designer will go away and research the client and their company. They’ll explore the industry that the business is part of, including competitors. They’ll be making note of successful logos that are already established in that industry, and how the new logo will stand apart from its competitors. (2 hours)

Rough concepts and sketches: Now, some rough concepts are made. Often sketched out on paper. These are then sent to the client for their input. (3 – 4 hours

Client feedback: The client and designer discuss the initial sketches and the client gives feedback. The designer gets a clearer idea of what the client wants, and they choose a few concepts to refine. (½ hour)

Mockups: The chosen sketches are refined and fleshed out digitally by the designer, then sent to the client for their input. (2 hours)

Client feedback: The client chooses the final logo, and lets the designer know of any changes they want to be made to it. This process can sometimes take a few days because it’s not a good idea to choose a logo in a rush. (1 hour contact time)

Final design: The designer finalises the logo and hands it over to the client, along with any other files or collateral requested. The project is completed. (2 hours)

As you can see, there’s a lot that goes into it. But, that’s what needs to be done in order to create a top-quality logo that stands the test of time.

So, how do you go about putting a price on that? Designers will often charge a per-project price for a logo design, and it can sometimes feel like they’ve just plucked that figure out of the air. But this is not the case – per-project fees are usually based on the designer’s hourly rate. If we take the above example, that’s a total of 11 ½ hours. 11 ½ hours x the designer’s hourly rate = logo cost.

Hourly rates vary depending on the level of designer you’re working with. Juniors charge less than seniors, but then they might take longer to complete the project due to inexperience. It can also vary depending on the location of your designer. A designer working in an affluent metropolitan city can often charge more than someone who’s in a more rural location. Designers located in developing economies are cheaper still.

You’re now beginning to see how much goes into determining a budget for a logo. With all that taken into consideration, it’d be rude not to give you, dear reader, at least an example of a ball-park figure of where to aim when setting a budget. It’s not gospel, but a budget of anything from $260 – $1300 (£200 – £1000) is reasonable, depending on your requirements.

Keep in mind VAT, which may or may not be included in the price. 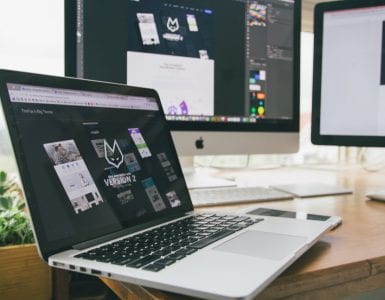 The Complete Guide to Onboarding Freelancers

Animation Marketing: 7 Reasons to Use Animation in Content Marketing